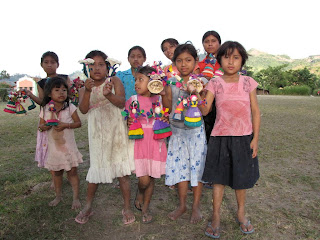 Honduras is fine for a holiday, despite last year's coup

Dinner is always served immediately after sundown at Hacienda San Lucas, a rustic inn set in the Honduras hills overlooking this colonial town of cobblestone streets and whitewashed buildings with red-tile roofs near the Guatemala border. The four-course dinner of salad with a hibiscus vinaigrette, vegetable tamales, chicken with a secret adobo sauce and a candied papaya dessert is prepared in a country kitchen outfitted with old-style wood-fired ovens, enjoyed by candlelight and washed down with South American wines.

In past years, reservations were always a must for such feasts — as were reservations for the hacienda, a collection of eight guest rooms with breathtaking views of the town and easy access to nearby Mayan ruins that, in recent years, put this isolated corner of northwestern Honduras on the tourist map.

But then Honduras suffered a coup last year — and tourism plunged. Hacienda San Lucas owner Flavia Cueva says her occupancy rate has dropped from 98 per cent to two per cent.

“This political crisis is killing me,” she says over drinks on an autumn evening, when just three tables on her expansive patio were occupied.

Such is the state of tourism across Honduras, the second-poorest country in the hemisphere and a place that dominated the headlines throughout the latter half of 2009 for all the wrong reasons.


The June 28 coup ousted president Manuel Zelaya from office and was marked by soldiers ushering him out of the country for allegedly violating a Supreme Court decision forbidding a referendum on holding a referendum on whether to rewrite the constitution. Zelaya supporters call his removal an old-fashioned coup and allege suffering heavy-handed repressions at the hands of the de facto government. (A new president, Porfirio "Pepe" Lobo, took office Jan. 29, but his government is not recognized by many countries in the hemisphere.)

Subsequent images of violent protests in the capital, Tegucigalpa, and stories of curfews and border closures have dissuaded many visitors from coming to Honduras, where a nascent tourism industry was beginning to grow and places such as Copán Ruinas and the white sand beaches of the Bay Islands — reputedly the cheapest place in the Caribbean to dive — were gaining fame.

Guatemalan officials, meanwhile, aggravated the situation by spreading erroneous information of dangerous unrest and border closures to keep tourists from crossing into Honduras, an area long treated by guide books as an appendage of Guatemala — a country with a thriving tourism industry, despite crime and murder rates as bad or worse than those of Honduras.

The impact was immediate. Belgian expatriate Geert Van Vaeck, former director of the local tourism council, says his daily tourist bus from Antigua, Guatemala, used to arrive full. The day after the coup, it had two passengers.

But the situation in Copán Ruinas, Van Vaeck says, never descended into violence or disorder — spare the day Hondurans spilled into the streets to celebrate the national soccer team miraculously qualifying for the World Cup.

Those arriving in Copán Ruinas instead find a traditionally Honduran town, where locals convene markets brimming with fruits, vegetables and handicrafts, three-wheel taxis dart through the hilly streets and hoards of foreign missionaries — complete with their blond hair, ties, nametags and Bibles — are easily spotted.

Talk of politics has certainly been rife in Copán Ruinas, but almost in a dismissive sense.

“I just want these two clowns (Zelaya and the then de facto president, Roberto Micheletti,) to get lost and for someone else, anyone else, to take over,” says a self-confessed party girl named Fanny, while lounging at Van Vaeck’s hotel bar, Via Via.

The party scene is somewhat subdued these days in Copán Ruinas, although during happier times, Peace Corps volunteers, backpackers and Hondurans from other parts of the country would pour in for weekend junkets.

They would lounge on couches and take in DJ performances on weekends at Via Via, while next door at Tun Club, patrons would sip mojitos and bottles of SalvaVida — or Life Preserver, the national brew — while sitting on saddles next to the bar, enjoying live performances by bands covering Latino hits.

Others would come for a more laid-back, almost quirky vibe. At the Carnitas Ni’a Lola, for example, the restaurant serves up massive steak dinners for $10 and the waitresses carry drink and snack orders to the tables on their heads.

Still more would come for the outlying attractions, which provide much of Copán Ruinas’s true charm. Those places include Macaw Mountain, a sanctuary for exotic birds. In the village of La Pintada, a short walk from the Hacienda San Lucas, indigenous Maya Chortí women weave cornhusk dolls to provide incomes that support entire households. (Sales are scant these days.) And, of course, there are the Mayan ruins, which, while less grand in stature in comparison to other Maya ruins such as Tikal in Guatemala and Palenque in Mexico, feature a large number of sculptures.

Further afield, the El Cisne coffee and cardamom plantation takes guests for horseback tours of its working farm, swims in the local hot springs and overnight stays that include feasts prepared from the locally grown bounty.

Over a breakfast of passion fruit juice and fried yucca, El Cisne owner Carlos Castejon boasts of the potential of his corner of Honduras and even figures the political unrest might ultimately work to the country’s advantage — in a tourist sense.

“The whole world now knows about us,” he says, adding, “There’s no such thing as bad publicity."
Posted by David Agren at 13:37