VIEWPOINT: They call this a Green Party? 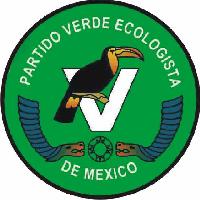 Analysis from the Guadalajara Reporter

Due to a proportional representation system known as plurinominal, the recent Mexican elections ushered another loathsome batch of politicians into the federal Congress and Senate. And perhaps no politician in the group is more loathsome than Jorge Emilio Gonzalez Martinez, a.k.a Niño Verde (Green Child), flag bearer for the PVEM (Green Party), a small political player that at times shows an appalling disregard for the environment.

Niño Verde returned to Congress after a six-year stint in the Senate and will now occupy a seat set aside for the PVEM, which the party won by forging a calamitous partnership with the long-ruling Institutional Revolutionary Party (PRI). The PRI stumbled badly this time around, but through a coalition dubbed, "The Alliance for Mexico," the Green Party claimed a portion of the PRI's 122 Congress seats and 39 Senate seats. The Greens previously allied with President Vicente Fox and his National Action Party (PAN), but later parted company.

As the son of the PVEM founder, Niño Verde has represented the party in various legislative bodies since 1994, leading critics to accuse the PVEM of being a money-making enterprise, instead of an environmental advocate or political party. Two years ago, Niño Verde was caught on film being offered a bribe in exchange for supporting a controversial development in the Cancun area. (On the tape, Niño Verde was apparently never seen strenuously objecting to the offer; some viewers interpreted his behaviour as negotiating.)

The plurinominal system is responsible for assigning 40 percent of the 500 congress seats and guarantees spots for minor parties reaching a certain vote threshold. The parties put forward lists of aspirants, who are accountable to their political handlers and never constituents. Niño Verde's name always ranks high on his party's list of congressional choices.

Congress has been badly split since 1997 – no thanks to the plurinominal – as legislators indulged personal and partisan feuds instead of working cooperatively. Reelection is forbidden, meaning allegiances lie with party bosses.

Whoever is finally declared winner in the presidential race must untangle the legislative gridlock. The odds of success are poor, meaning the country will most likely languish in mediocrity for another six years instead of passing necessary labour, tax and judicial reforms.

The plurinominal's hideous outcomes might give pause to advocates of proportional representation. As for the PVEM, the miserable status quo bodes well for it – and poorly for the environment.
Posted by David Agren at 22:11